WHO IS WILLIAM F. POE?

William F. Poe, a Tampa Bay native, became involved in the community he grew up, Seminole Heights. In 1974, he successfully campaigned for mayor and initiated a major revitalization of downtown Tampa. During his campaign, he secured the City Council’s approval to invest $20 million in public works programs such as street drainage improvements a city hall annex, and a riverside cultural center. He also established an information and complaint service for the public to notify the city on everything from street crime to water problems. 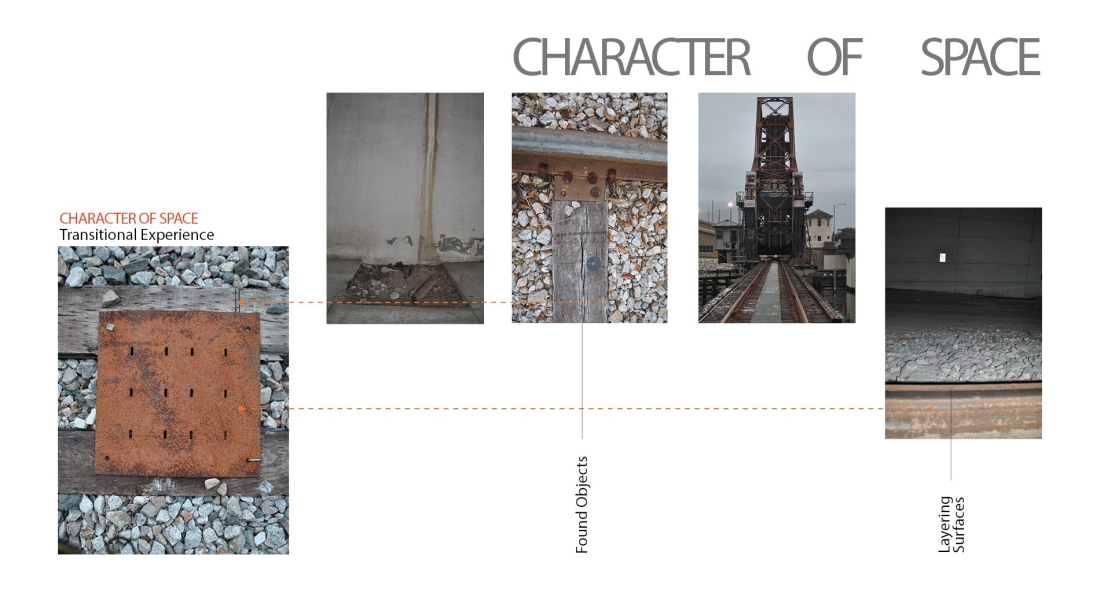 The transitional garden celebrates the life of William F. Poe and his efforts to transform downtown Tampa into a riverside cultural center. The garden celebrates different arts such as painting, sculpture, Zen, reading, teaching, and chess, adding richness to the already existing artistic context. It is a democratic space in which the activities may vary according to the user’s wants/needs; arts/ crafts market, music performances, public art exhibits, and outside classrooms are some examples of its possible uses. 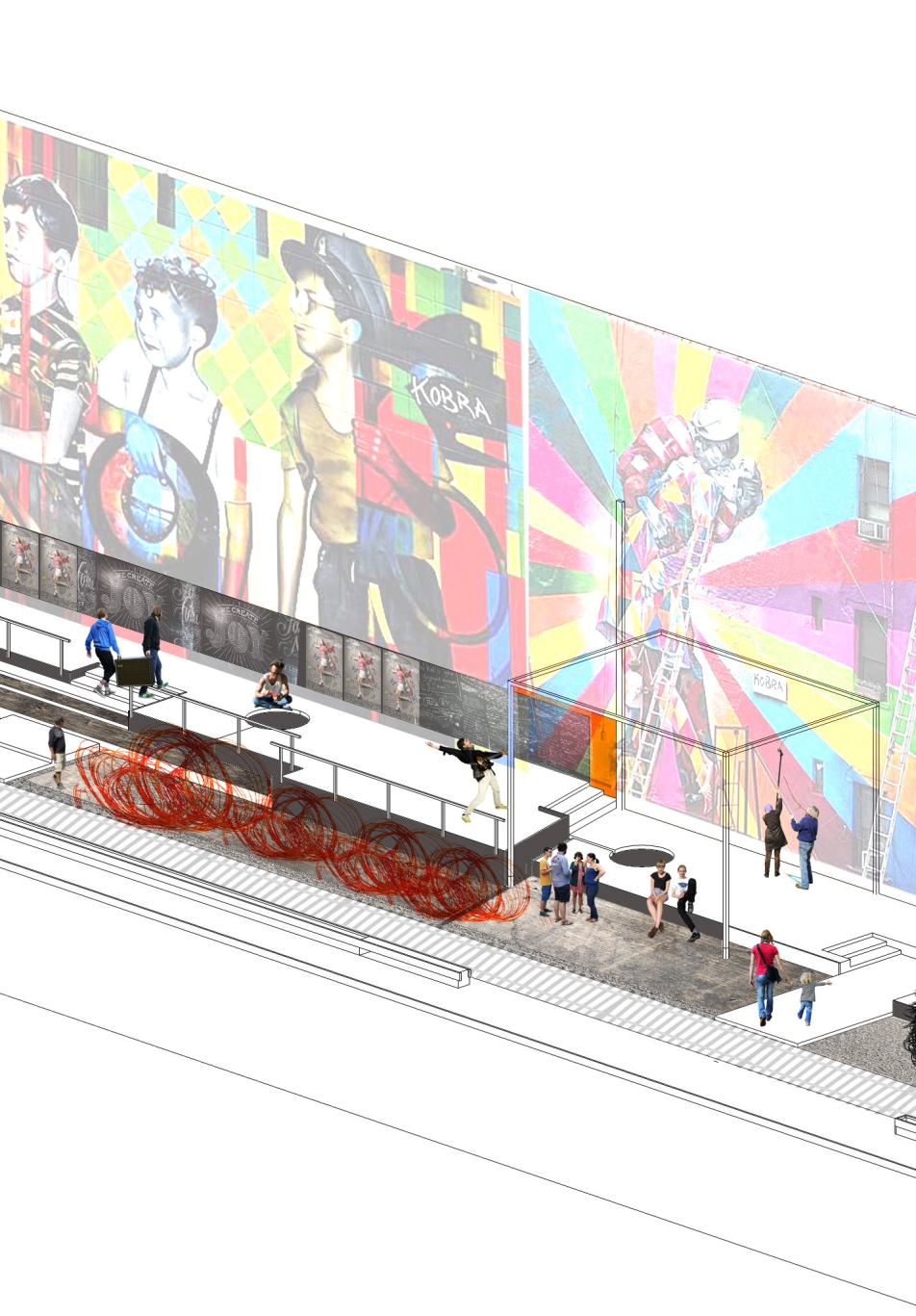 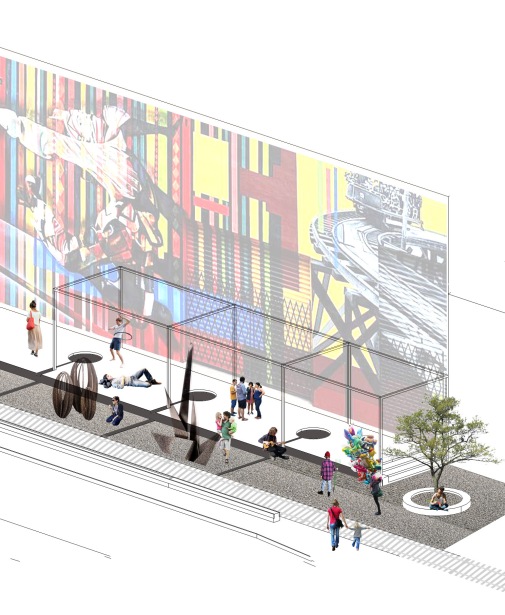 In the city of Tampa, underpass bridges are neglected spaces that are full of potential for transformation. Currently, these spaces are subject to crime because they lack elements that provide a safe environment, for example, lighting. These spaces offer opportunities to create a safe and welcoming environment, as well as to celebrate Tampa’s culture and heritage through the application of various art forms. In this vision, I intend to raise awareness about these obliterated spaces by demonstrating that the use of native Florida landscape, art murals, and sculpture may transform them into welcoming democratic spaces for public use. 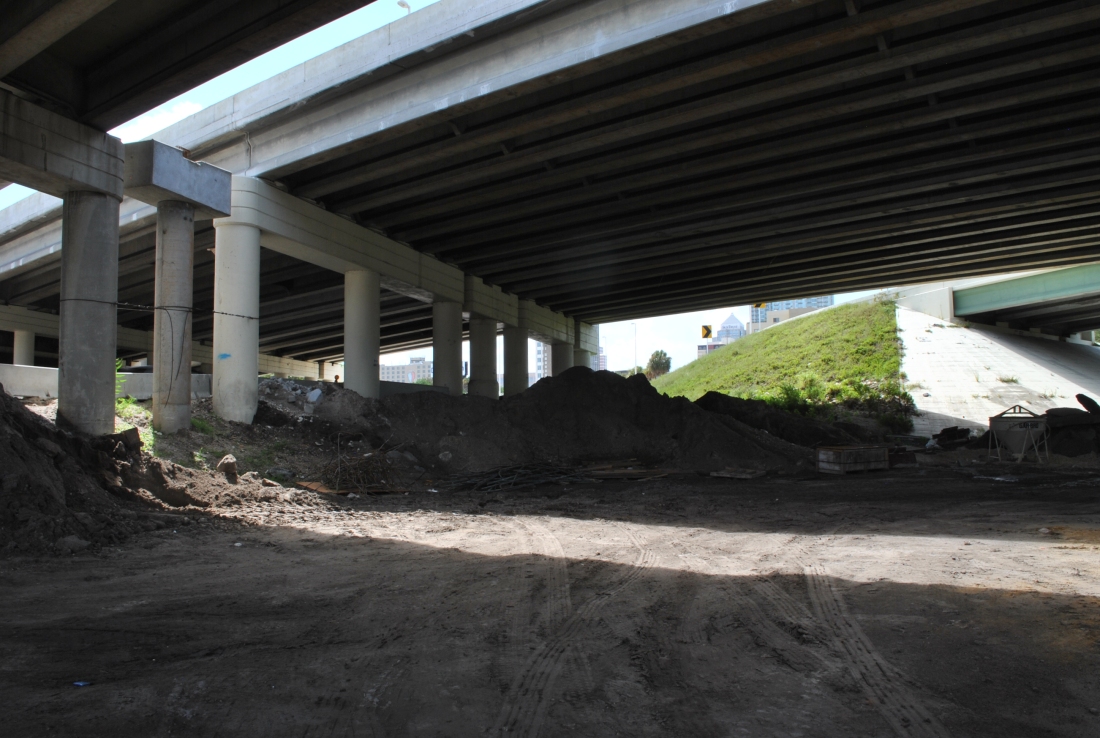